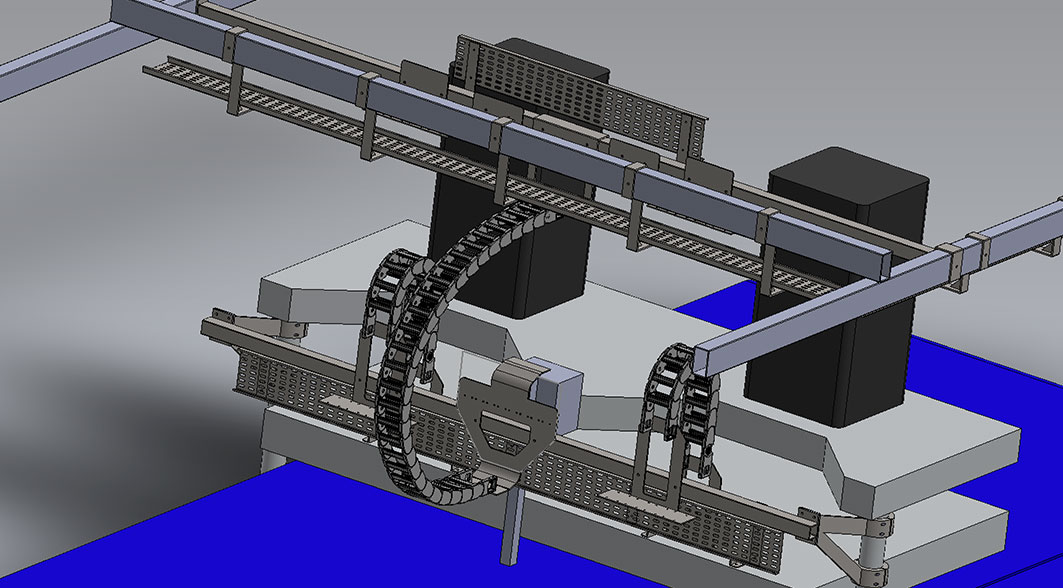 “our biggest lost time challenge within the business is; and has been for several years, the wiring systems on this critical part of the process”

The same cabling system was used on variations of the same process line, worldwide throughout the group structure.

At plant level, this gave the engineering departments a considerable headache.

Challenges: The initial challenge faced was the maintenance engineers where constantly fighting against the clock as they knew that the cabling system was going to fail in a “when not if” scenario. The process involves a complex heating matrix which is critical to the plant delivering a high quality product. When there was a cabling failure, the whole production line must be shutdown and the heating cooled, before work can commence. The cabling needed to be replaced in situ and intricate work carried out in extreme temperature.

The team of engineers whom we worked with, had developed skills akin to a Formula one team, whilst replacing the cabling. They had selected specialist connectors and adopted uber efficient methods for executing the change.

Our idea was to provide an additional cable handling system, almost like an exoskeleton where we could use the cooler air to prolong cable life. In addition to this we sourced via our trusted network of suppliers , suitable self supporting drag chain and flexible cabling to suit the purpose. We designed all of the mechanical  support steelwork in order to facilitate a speedy retro fit and change over of cable systems. In addition we used specialist power and thermocouple connectors to enable rapid changeover of sections of the new cabling system so that in the unlikely event of a failure, the system could be up and running with minimal disruption.

Executive Summary:We were recommended to a new client by an existing long term customer. The new client had a historical ongoing issue with an existing cabling system.

How Product Helped: The reduction in downtime is actually currently an ‘elimination’ as there has been no incidents of lost time due to the cabling system. The system running now for 9 months (shown @ 9 months old opposite) would have clocked up (based on historical data) 6-8 episodes of lost time.

The secondary and commonly ignored advantage of reducing lost time, gives not only a empowered boost to maintenance staff, which are no longer waiting for the inevitable to happen, but also gives them time to spend looking at other improvements and projects for the future benefit of the plant.

“the outcome is perfect, the new system has; to date, eliminated the downtime on this equipment”

Results, Return on Investment and Future Plans: In the 9 months since installation and no instances of lost time caused by the new cabling system , the returns speak for themselves.

A single typical instance of downtime caused by the previous system could cost anything from £4,000 to £6,000 in lost production. At these figures the return on investment occurs within the first 6 – 9 months of installation.

Due to the success of the first installation , the client has since proceeded with the order for a second system, which is currently in design verification stage.

We are now in talks at making the system in generic kit form, for worldwide distribution and retro fit to over 200 machines in the companies operations.

If you have had a similar problem within your business and would like to reach out to see how we can help, please contact us via the the form below.